Home Bitcoin Investors are withdrawing their Bitcoins (BTCs) from the exchanges: why is this a good sign?

Investors are withdrawing their Bitcoins (BTCs) from the exchanges: why is this a good sign?

The number of bitcoins (BTC) stored on the exchange platforms is at its lowest. And this is rather good news for the continuation of the bull run, if we believe Glassnode…

Investors withdraw their Bitcoins (BTCs) from the exchanges

Figures from the Glassnode data aggregator show that the bitcoins stored on the exchanges have reached a particularly low threshold. They had not been at this level since October 2018, more than two years ago. And as Glassnode analysis explains, this gives some indication of investor expectations.

When investors want to sell, they tend to keep their bitcoins on exchanges. Conversely, when BTC investors want to do HODL, they repatriate their Bitcoins to more secure spaces, such as „cold“ portfolios for example. This trend could therefore indicate that investors are willing to hold their Bitcoins for the long term, in order to take advantage of a possible sustained rise in price.

A difference with the last bull run

Where this is particularly noticeable is that this was not the case in the last bull run. By 2017, the number of bitcoins stored on the exchanges had soared: 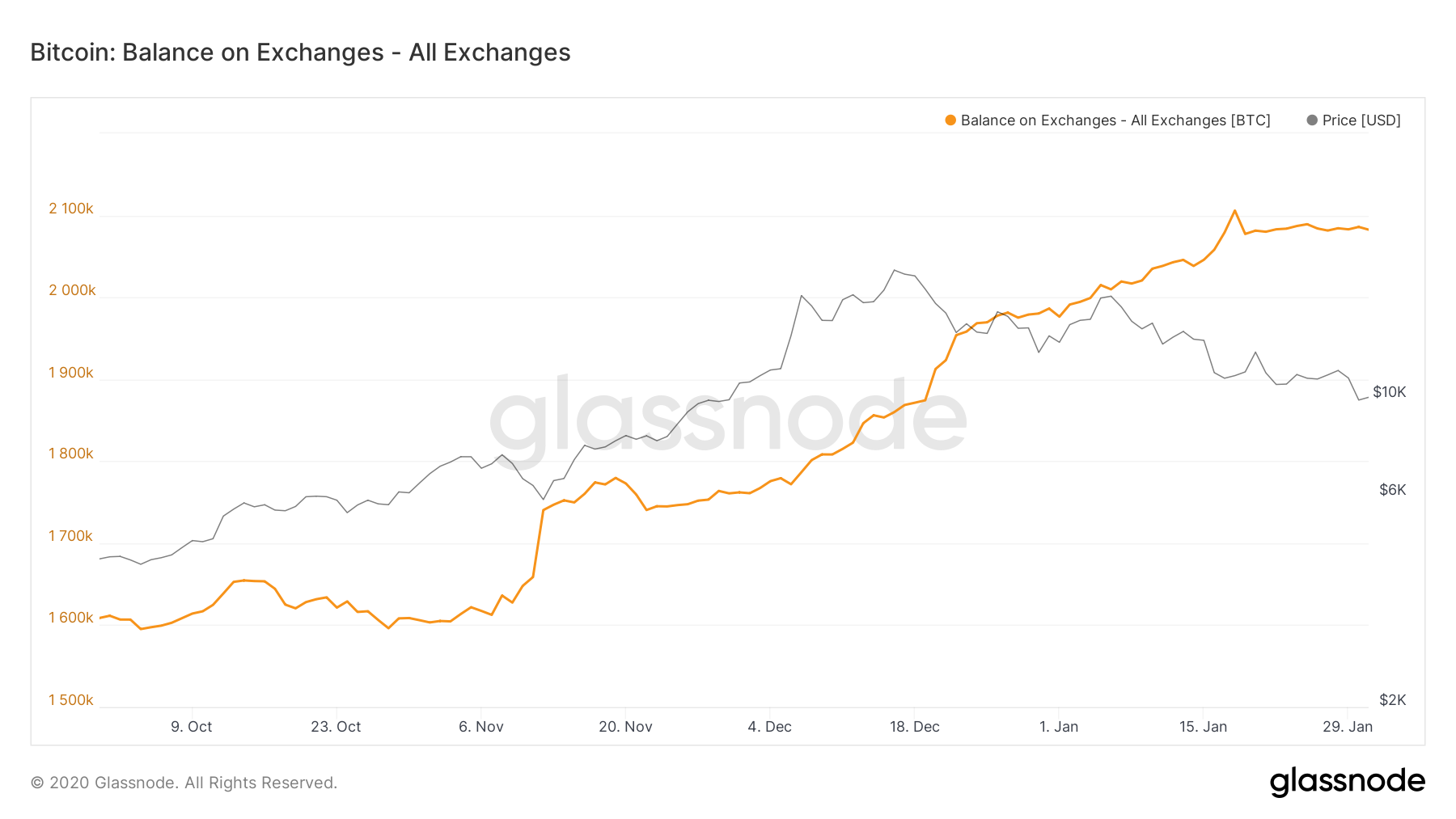 Investors had sent their BTCs to the platforms to be able to sell quickly, which caused the price to drop in early 2018. The conclusion to be drawn is therefore rather positive, according to the analysis :

„The withdrawal of BTCs from the exchanges is therefore a „bullish“ sign for Bitcoin. This] suggests that investors believe that the asset still has growth potential, despite the fact that it has recently approached its all-time high.“

It is true that the market sentiment is on the whole rather optimistic. As is often the case in the middle of a bull run, analysts have gone with their predictions. A few days ago, the management of Citibank saw a $300,000 Bitcoin before 2022. Enough to attract big investors: we learned the same week that the 2nd richest man in Mexico had invested 10% of his liquid assets in Bitcoin (BTC)…